The Furniture Industry Research Association has published its annual ‘Statistics Digest for the UK Furniture Industry’ which acts as a barometer for the furniture sector. The latest Digest reveals continued growth in demand for furniture and furnishings with consumer expenditure in this group being almost £17.5 billion in 2017 - exceeding all other spend in the household goods sector.

The 45 page Digest comprises in-depth analysis of the latest available data sourced from Government bodies including the Office for National Statistics (ONS), HM Revenue and Customs (HMRC), Communities and Local Government, and the Bank of England. It covers furniture manufacturing, furniture and furnishings retail and international trade, alongside statistics on consumer behaviour including spend, lending and house buying.

Expenditure for the wider furnishings, household goods and routine maintenance sector rose by 25.5% from 2014 to 2017, with year on year growth of 7% over 2016 - 2017. This expenditure increase exceeded that seen in all other competitor sectors examined.

Adding to this, Suzie Radcliffe-Hart, Technical Manager at FIRA International and author of the Statistics Digest said, “This growth trend continues from where the Statistics Digest closes. Latest data shows furniture and furnishings sales continuing to rise into early 2018 with first and second quarter consumer expenditure being respectively 8.5% and 8.3% higher than for the equivalent periods in 2017, although we acknowledge that this has been a particularly challenging year.”

Turning to furniture manufacturing, the Digest indicates growth over the period from 2015 to 2017 for the furniture sector as a whole, equating to 1.6% for manufacturer sales and other income or 7.9% for all income associated with the sector. However, year-on-year figures for 2016/17 present a slightly different picture with a decrease in manufacturer sales and other income of -7.1% but growth in total income for the sector of 1.3%. With furniture manufacturing in 2014 equated to 1.46% of the UK’s total manufacturing turnover, this had increased to 1.60% by 2017.

Provisional data for 2017 suggests that employment costs for UK furniture manufacturing increased by 8.25% on the previous year.

Total 2017 turnover for the combined furniture and furnishings manufacturing sectors was £11.83 billion, representing a year-on-year increase of 4.8%. This turnover emanated from 6,260 companies employing 120,000 individuals. Furniture manufacturing led the way with a turnover of £8.49 billion.

Speaking on total furniture imports into the UK, Radcliffe-Hart commented, “Despite uncertainty over the UK’s departure, imports from the EU increased year-on-year, with the provisional figure for 2017 being £6.01 billion. I do however expect this figure to decrease slightly when full 2018 figures are available. This was the trend starting to emerge when import data published up to November 2018 was made available. I would put the estimate figure at approximately £5.9 billion.”

Although the UK furniture sector’s export performance historically appears relatively static, particularly when compared with the larger values attributable to imports, exports have gradually increased since 2012, peaking at £1.136 billion in 2017 and representing a 12% increase on 2016 figures.

Estimates for 2018, based on extrapolations from November 2018 data, are that this figure could be as high as £1.208 billion, equating to a year-on-year increase of 6.3%.

The Digest is available to all members of the Furniture Industry Research Association here. 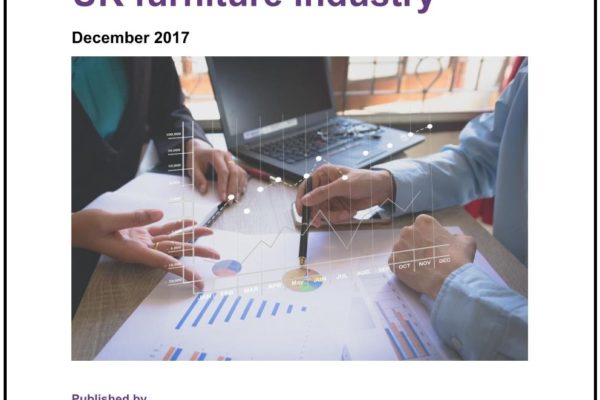