The latest ‘Statistics Digest for the UK Furniture Industry’ has just been released by the Furniture Industry Research Association. Seen as the barometer for the furniture sector, the latest Digest reveals that despite all the uncertainty surrounding Brexit in 2018, turnover for the combined furniture and furnishings manufacturing sectors was £12.2 billion. This was a year-on-year increase of 3.1%, with furniture manufacturing turning over £9.01 billion.

Turning to total consumer expenditure, this increased between 2015 and 2018 to £1,302 billion (a 7.9% increase over the period, and 1.6% increase year-on-year. Expenditure on furniture & furnishings was almost £17 billion in 2018 and far exceeded all other spend in the sector. This represented year-on-year growth of 10.5%. The most significant growth in expenditure was in the furnishings, household equipment and routine maintenance sector which exceeded £60 billion for the first time (£63.32 billion). 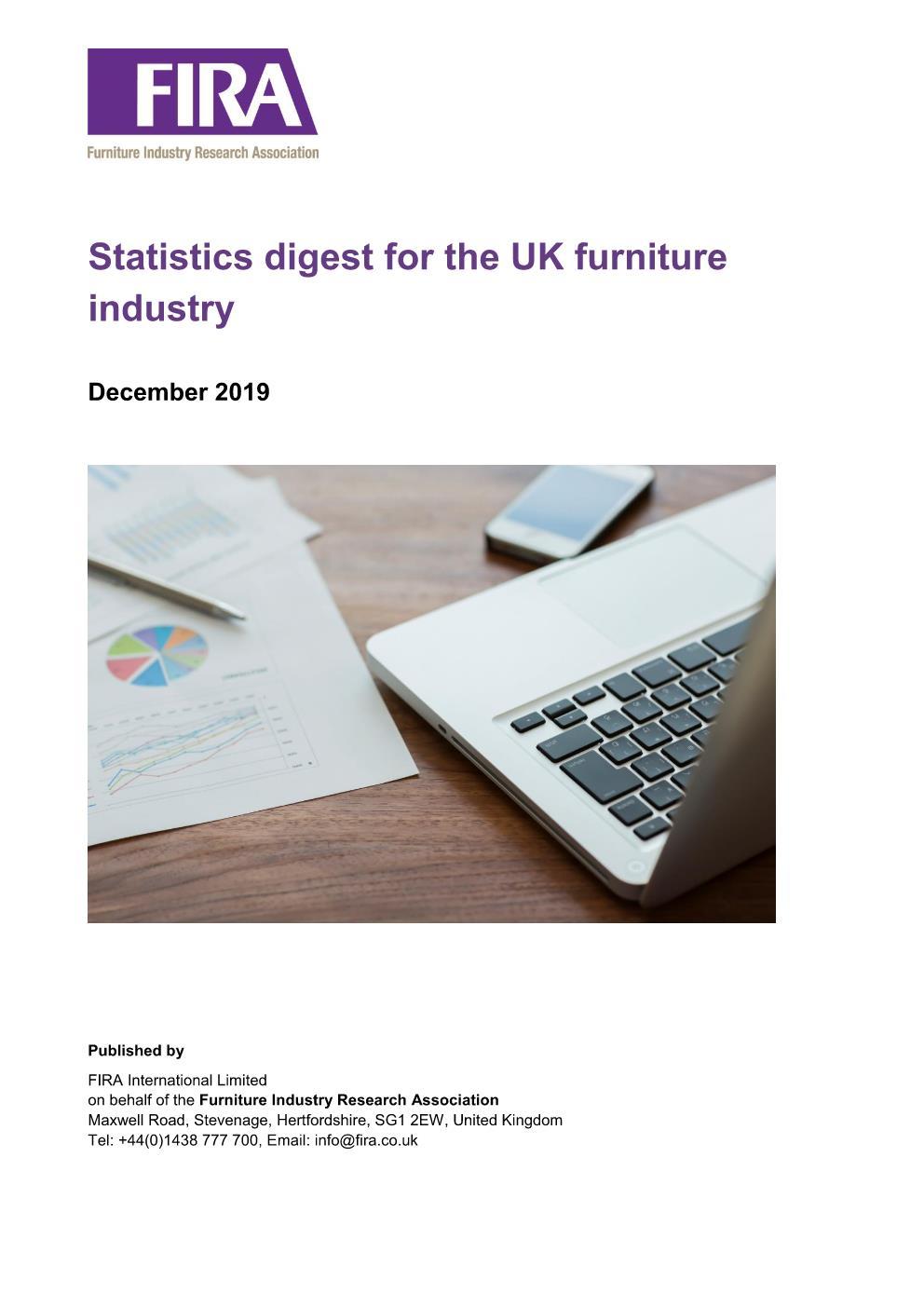 Latest data shows that furniture and furnishings sales continued to rise into 2019 with first and second quarter consumer expenditures being respectively 5.8% and 4.8% higher than the equivalent periods in 2018. In 2018 sales of £16.7 billion accounted for 26.4% of overall sector sales, a slight increase on the 2017 figure of 25.9%.

The 2018 figures show that there were 8,707 companies employing 123,000 individuals across the furniture and furnishings sector. Whilst the wider sector, including specialist retail, but excluding general retail, comprised over 52,500 VAT registered companies supporting 339,000 jobs.

In terms of product sales, imports decreased fractionally to 51.2% of the home market which, based on manufacturing, export and import data, was estimated to be £12.04 billion. Imports of furniture into the UK in 2018 decreased by -2.3% to £6.17 billion compared with the previous year’s figure of £6.31 billion. Indications for 2019 are that this figure could decrease further to around £6.06 billion due to continuing uncertainty surrounding the impact of the UK’s departure from the EU.

The majority of imports again originated from China (£2.02 billion), with its share of imports into the UK dipping slightly to 32.8% when compared to 34% the previous year.

2018 saw the negative trade gap narrow from £5.13 billion to £4.92, although the decrease was slightly less than preliminary figures released in 2017 suggested. Initial figures indicate that the gap may reduce further to -£4.87 billion by the end of 2019.

The Digest is available at no charge to Furniture Industry Research Association members, who can login and access the document below. Non-members can purchase a copy, priced at £2,000+VAT here. The 60 page document comprises analysis of the latest available data sourced from Government bodies including the Office for National Statistics (ONS), HM Revenue and Customs (HMRC), Communities and Local Government, and the Bank of England. It covers furniture manufacturing, furniture and furnishings retail and international trade, alongside statistics on consumer behaviour including spend, lending and house buying.

More about becoming a Member